important source 02.06.2020
I love what you guys are usually up too. This type of clever work and reporting! Keep up the terrific works guys I've included you guys to my blogroll.

Escort Carcassonne 02.06.2020
At this time it seems like Wordpress is the top blogging platform available right now. (from what I've read) Is that what you are using on your blog?

That seems like a weird thing to do, because Microsoft’s Garage Labs already makes a similar app, called Next Lock Screen.

But if you look at what Microsoft has been doing on Android (especially with Garage Labs), it actually makes a bit of sense.

The key is that Microsoft is trying to experiment with a lot of different ideas on mobile instead of betting the farm on some big concept (like it did with Windows 8).

So it has its own lock screen on Android that focuses on showing contextually relevant apps and faster access to stuff like making conference calls.

Echo is slightly different, it lets you only wake the screen for prioritized apps and snooze those notifications for later.

Both are sets of good ideas for your lock screen, but combining them could end up being a mess.

But that’s not the goal anyway.

Instead, Microsoft apparently wants to see how users interact with these apps for its own research — not just to create the One True Android Lock Screen App (yet).

What it learns there could make it back to its core products, like Windows 10 or Outlook.

Microsoft’s Julie Larson-Green spoke to Business Insider about the strategy, and it makes sense that her company needs to balance being conservative with its business customers with being innovative in the mobile space.

By trying a lot of stuff on Android, Microsoft gets to do both. 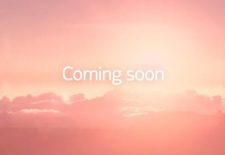 Will Nokia make a come back this time?

Your email address will not be published. Required fields are marked *

Little “Physical” Sence of Human Touch In The Digital Age

Will Nokia make a come back this time?